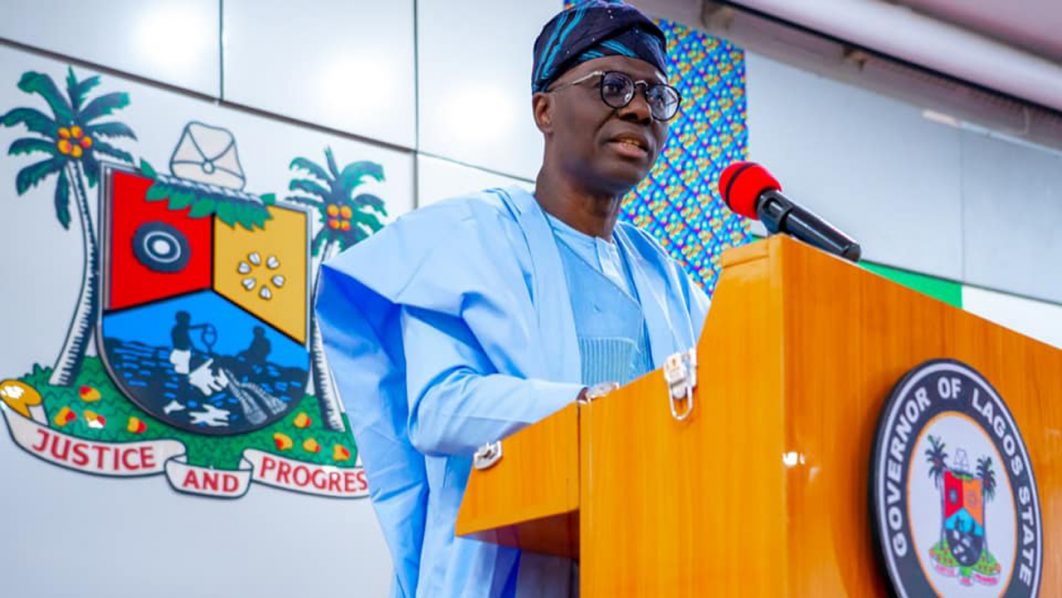 Nigeria is ripe for an inclusive rental system that will reduce the housing burden on working families. This position was canvassed by Lagos State Governor, Mr. Babajide Sanwo-Olu, at the just-concluded 10th meeting of the National Council on Lands, Housing and Urban Development held in Lagos.

Sanwo-Olu said the current rental model in which people remit yearly rent in advance to property owners had become inadequate to address contemporary realities in the housing sector, especially in cities where demand for properties is high and expensive.

The Governor advocated for monthly rental system, which, he said, would be affordable to low- and middle-income earners who are pressured by yearly rent obligation.

The audience at the forum held in Ikeja with the theme: “Housing Development as a Catalyst for Job Creation, Social Inclusion and Economic Development”, comprised Commissioners for Housing and Urban Development across 36 States, Permanent Secretaries in the States’ Housing ministries, lawmakers on Housing Committees, surveyors, town planners, builders and other stakeholders in the built industry.

He said: “In building homes, we do not only enhance the family ecosystem by providing a decent setting for raising future leaders, we also strengthen the economy through provision of economic engagements for professionals, artisans, suppliers, home decorators. In delivering decent shelters, we must care for both low-income and high-earners because housing is such a basic human need for everyone.

“In Lagos, we operate a very robust Rent-to-Own programme of five per cent down payment and six per cent simple interest rate payable over a period of 10 years. We are working on another product, which is a purely rental system, where residents will pay monthly. This is to accommodate those who are not keen on home ownership and address current realities. In doing this, we believe that no one would be excluded from our intervention in this critical sector.”

The Governor listed the progress recorded in the last two years of his administration in housing sector, pointing out that his Government had raised the housing stock in Lagos by the completion, delivery and commissioning of no fewer than 10 housing schemes spread all over the State.

Sanwo-Olu said several other housing projects were being developed and worked on in various parts of Lagos to increase access to decent accommodation for the populace. Some of the housing schemes, the Governor said, are being delivered through direct budgetary allocation, while implementing others through joint ventures with the private sector players.

He said the partnership with the private sector contributed significantly in increasing the outcome of housing products in Lagos, urging other States to explore the option for their own urban development.

He said: “We are hopeful that by the end of this year, we would have added additional 2,100 units of decent homes to our stock, as we prepare for the completion and commissioning of another five housing schemes in Ibeshe, Odo Onosa Ayandelu, Agbowa, Sangotedo and Gbagada. These will bring a total of 15 schemes completed by my administration. It is our hope that by the third quarter of 2022, a total of 7,000 homes would have been completed from both direct budgetary allocation and joint venture schemes.”

Fashola, a former Governor of Lagos, said monthly rental model may not translate to making all Nigerians home owners, but it would help reduce the number of citizens who lack decent shelters and live on the edge.

The Minister said advanced payment of rent had created a mismatch in wealth distribution by putting more money in the hands of the rich at the expense of low-income earners. The way out, Fashola said, is to reverse the system by bringing monthly income close to monthly rent obligation.

Fashola said: “Our country would be a much better place when rent in advanced for middle class and working families’ residential homes becomes rent payable at the end of the month. Asking someone to bring three years advanced rent of what he earns monthly in arrears is creating a huge mismatch. This is a source of inequality and we can do a lot to reduce it. The day our rent obligation moves closely or equals to our income receipt, this place would be a fairer place.”

The Minister said the onus was on States to look into the rental system, noting that rent control is exclusive preserve of sub-national Governments.

Fashola commended Lagos Government for its expeditious process of land titles, building permit and property documentation. He said Lagos had shown good example since the days of ex-Governor Lateef Jakande, adding that Sanwo-Olu had built on the template bequeathed by his predecessors.