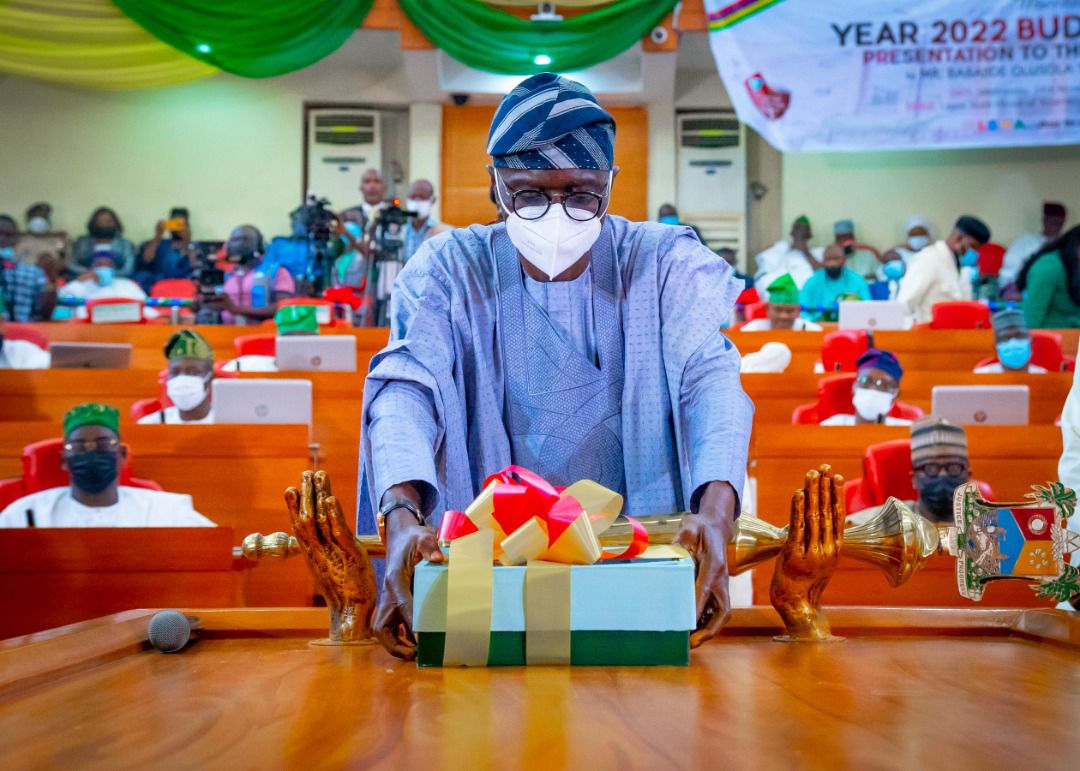 Lagos State has earmarked huge capital expenditure in the 2022 fiscal year to service key growth areas in order to consolidate the recovery of the State’s economy and positively transform residents’ livelihoods.

In the proposed N1.388 trillion budget for year 2022 presented to the House of Assembly on Wednesday, Governor Babajide Sanwo-Olu said the State would be spending N325 billion to deliver vital infrastructure projects in key sectors to energise and expand the growth of the State’s economy.

The human capital development drive of the Sanwo-Olu administration is projected to take a leap in 2022, with an allocation of 21.24 per cent combined in the total expenditure to education and health.

The financial proposal, christened “Budget of Consolidation”, will be the last full-year fiscal plan of the State before the next general election.

Sanwo-Olu said the coming year presented an opportunity for the State Government to consolidate on the progress recorded by his administration, while leveraging investment in-flow, partnership and business-friendly policies to maximally translate his achievements into noticeable positive impact in the lives of residents.